Marantz has been designing and making amplifiers for more than 65 years, and for 40 of those the products have reflected expertise of Ken Ishiwata. Now, to mark his four decades with the company, the SA-KI Ruby SACD player has been developed and tuned by a highly experienced engineering team led by KI himself. Features the same disc mechanisms as the SA10 that play SACDs, CDs and compilations on CD-ROM or DVD-ROM. The SA-KI Ruby includes an asynchronous USB input that handles formats up to PCM/DXD 384kHz/32bit and DSD11.2MHz and treats all digital music with a unique Marantz Musical Mastering technology. By up-converting all file formats to DSD, using advanced filtering and processing and direct 1-bit conversion to feed the analogue outputs, the SA-KI Ruby delivers sound with remarkable clarity, effortless dynamics and exceptional presence—plus, features a laser-engraved Ken Ishiwata signature to commemorate his legacy.

A History of Excellence

A pioneer of CD playback and musical integrity, the first Marantz CD player — the CD-63 — premiered in 1982 and set the stage for further development and mastery of CD media players. Ken Ishiwata helped sculpt Marantz media players into the world-class, masterful technology that is synonymous with Marantz today. From his passion, the Limited Edition, Special Edition and later Ken Ishiwata Signature models were born — all designed to further optimize and elevate the exceptional CD performance of Marantz media players. That passion furthers the Marantz legacy of musical excellence with the SA-KI Ruby.

At the heart of the SA-KI Ruby is an innovative new SACDM-3 transport mechanism, engineered solely for the best possible performance when playing SA-CDs, CDs and music stored on data discs. This new mechanism promises exceptional sound quality from conventional CD and SA-CD discs and allows listeners to create their own high-resolution audio compilation discs using a computer DVD burner. The SA-KI Ruby supports FLAC files from 44.1kHz to 192kHz at up to 24-bit resolution, DSD2.8MHz and DSD 5.6MHz, ALAC (Apple Lossless), AIFF and MP3 files. Creating and playing hi-res disc compilations is as simple as it is enjoyable.

The SA-KI Ruby is a fully functional digital-to-analogue converter for music stored on a home computer and features Optical and Coaxial digital inputs for existing source components. These inputs support files up to 192kHz/24bit and contain a USB-B asynchronous input for direct connection with a computer. The USB-B input is compatible with PCM and DXD music files at up to 384kHz/32bit, as well as DSD2.8MHz, DSD5.6MHz and DSD11.2MHz.

More Than a DAC

At the heart of digital audio in the SA-KI Ruby lies DSD. PCM and DXD inputs are up-converted to DSD at 11.2MHz using the proprietary MMM-Stream converter within the player, and the high-frequency signal produced is processed by the unique MMM-Conversion stage, used in place of a conventional DAC, to produce the analogue output. The MMM-Stream section of the process replaces the oversampling filters normally used in digital to analogue conversion and allows the implementation of the Marantz Musical Mastering filtering. Two system clocks ensure the most accurate up-conversion of the incoming signal, whether it’s from the disc or digital inputs, ranging from 44.1kHz to 12.288MHz. Sigma Delta Modulation allows a pure DSD-standard signal to be passed to the conversion section in the form of a very high-frequency stream of pulses. The design of the DSD-to-analogue filter feeds into the familiar Marantz HDAM (Hyper Dynamic Amplifier Modules) in the output stage for optimal sound quality.

The elegant remote control features an intuitive ergonomic layout and is equipped with amplifier control functions to operate both the SA-KI Ruby and the complementary PM-KI Ruby reference class integrated stereo amplifier. Use the integrated remote control input and output jacks to connect the SA-KI Ruby to other compatible Marantz components. An internal/external switch on the rear panel provides additional system control flexibility.

The purely analogue design of the PM-KI Ruby contributes to its noise-reduction structure and clean build. Rather than build the DAC into the amplifier, which would add noise within the chassis, Marantz built the PM-KI Ruby without one and then implemented the DAC in the SA-KI Ruby Super Audio CD Player. This eliminated interference with the delicate analogue signals passing through the amp, maintaining an analogue environment that’s as pure and clean as possible.

The deluxe low noise LC display features clear, easy to read alpha-numeric characters and is compatible with CD Text encoded music discs. Display can be turned off via the display control button on the remote. For enhanced user experience, bit depth of the input signal is now available on the front display of the SA-KI Ruby.

Connect your Favourite headphones directly to the SA-KI Ruby via the convenient front panel headphone jack, which also features its own selectable gain control. The headphone circuit is compatible with the widest range of headphone types and lower impedance headphones. The diameter of the volume knob was increased by 35% over the previous SA-14S1 for easier control and fine tune adjustments. 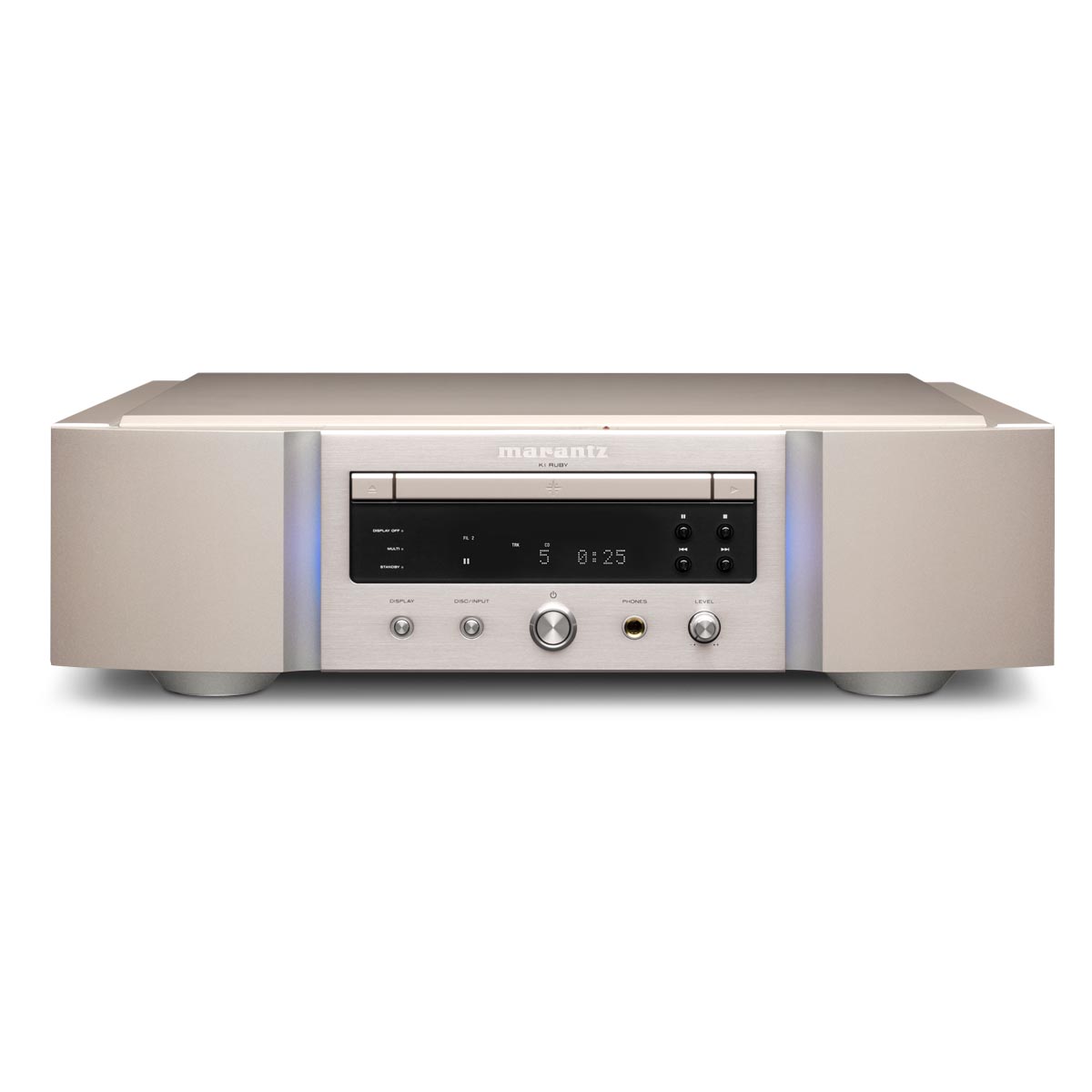 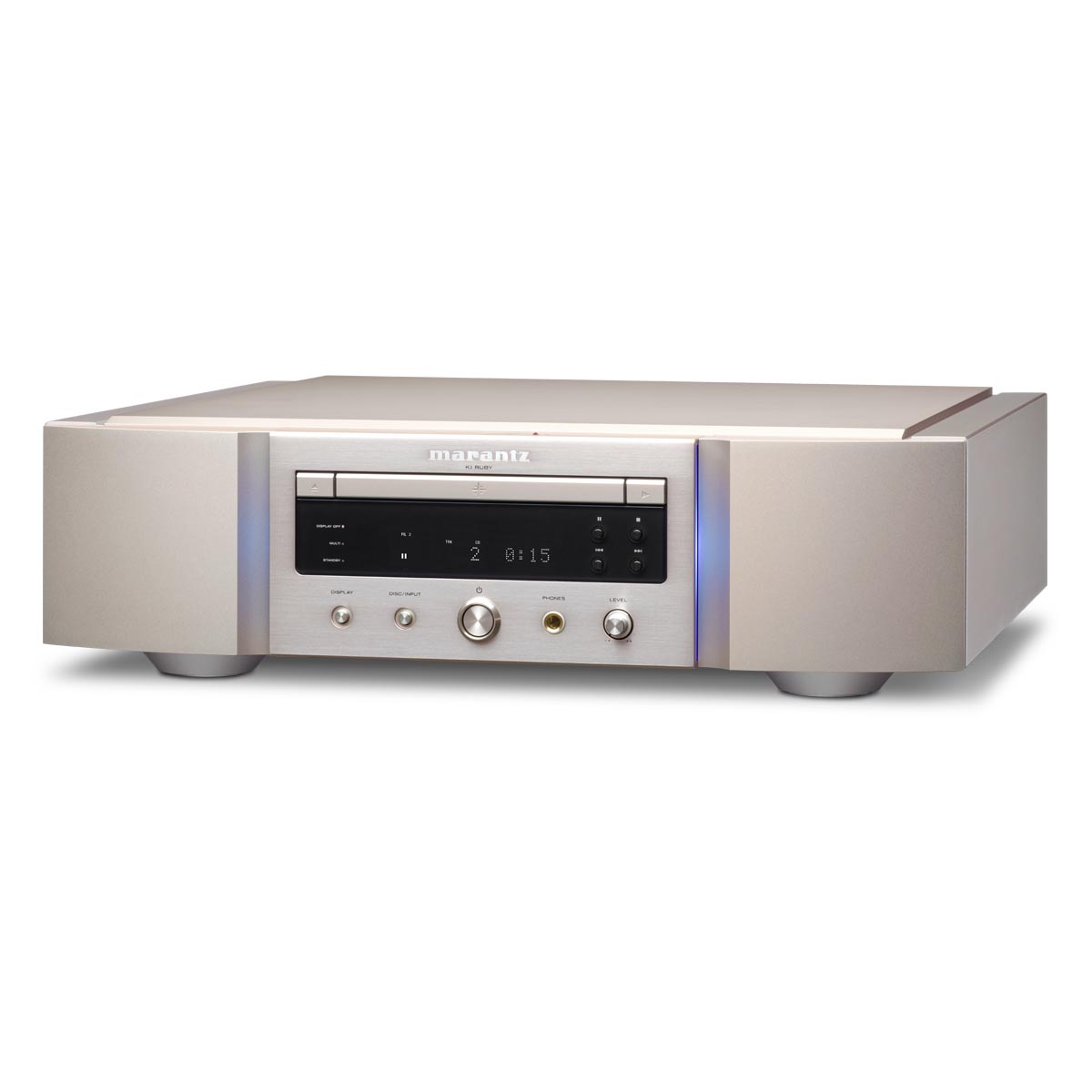 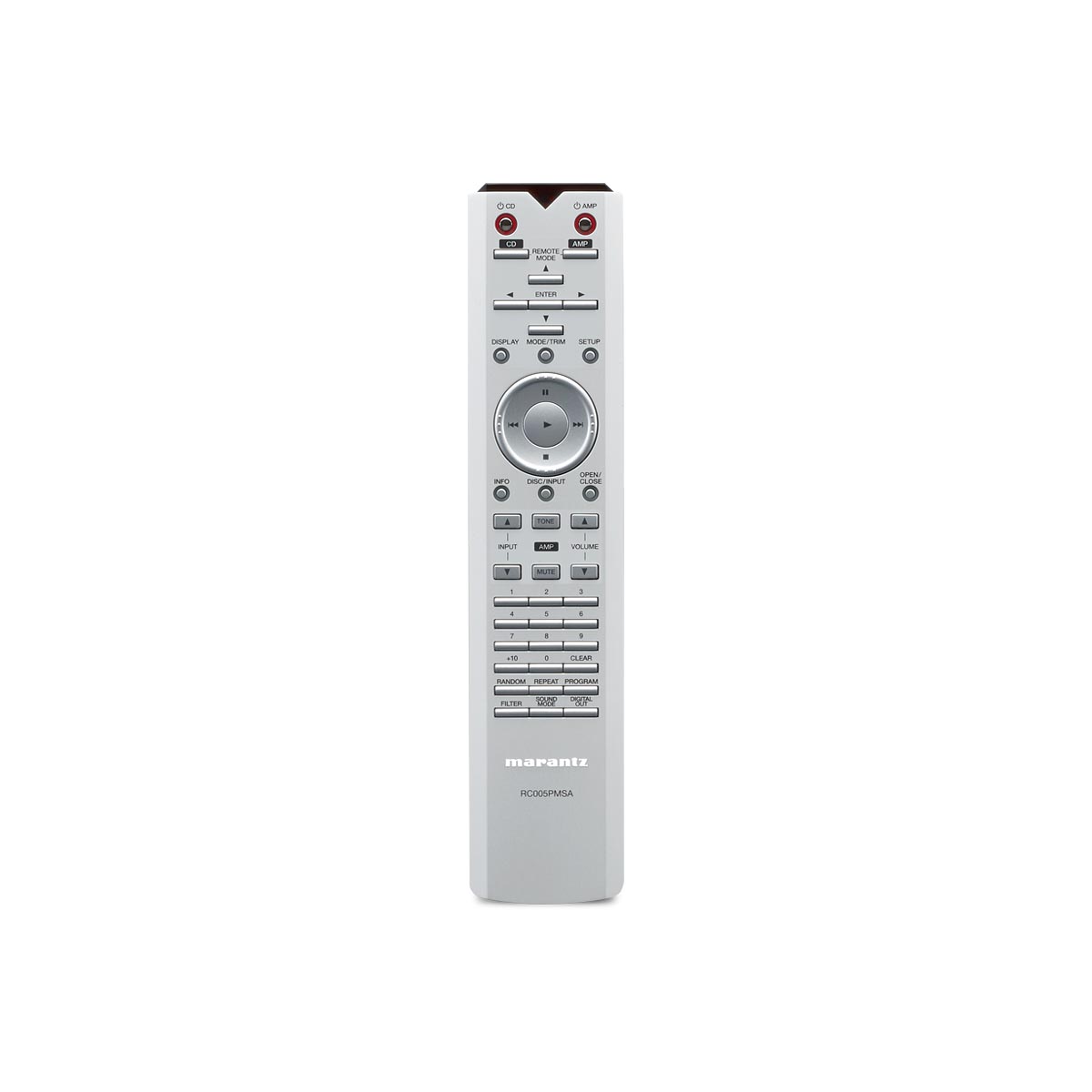 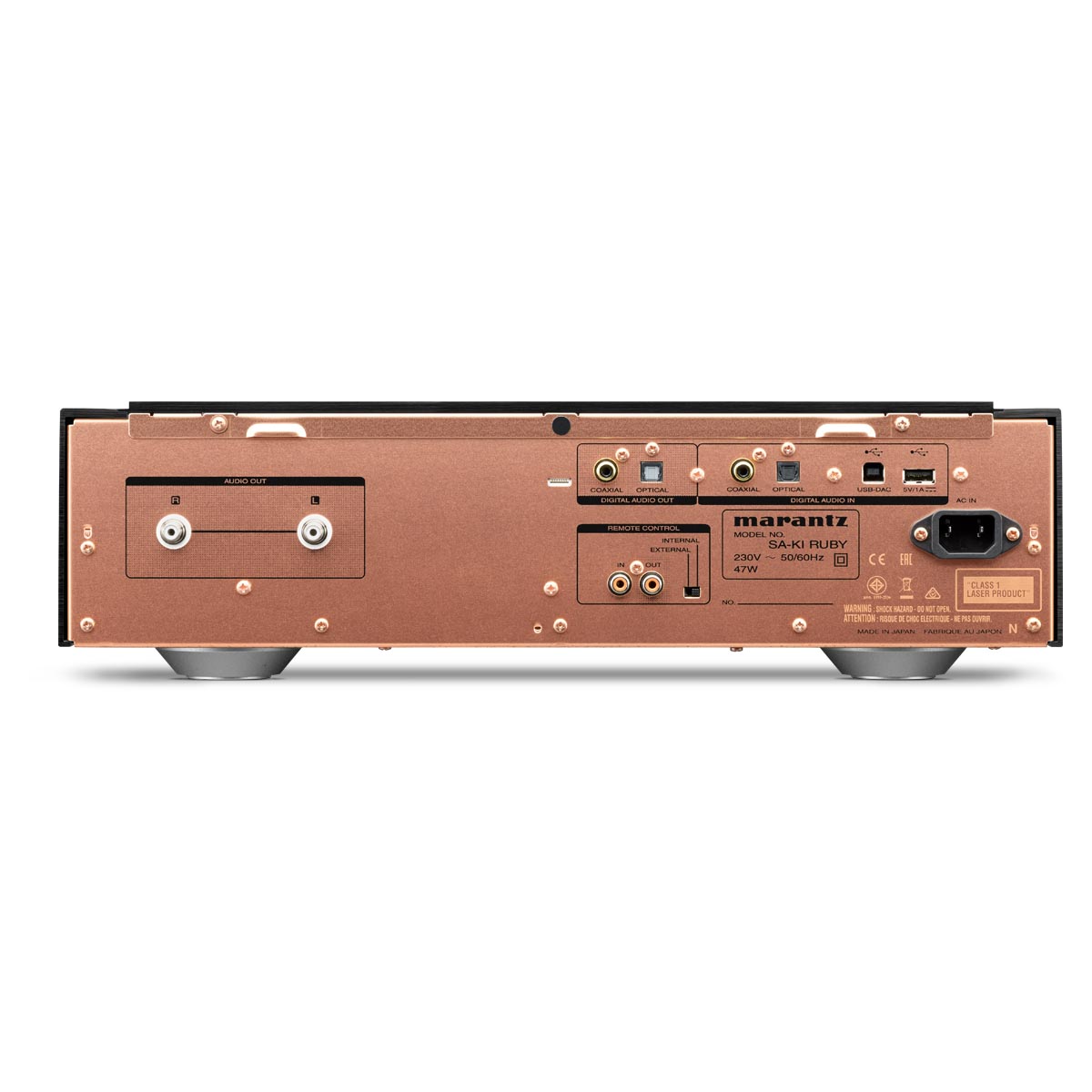